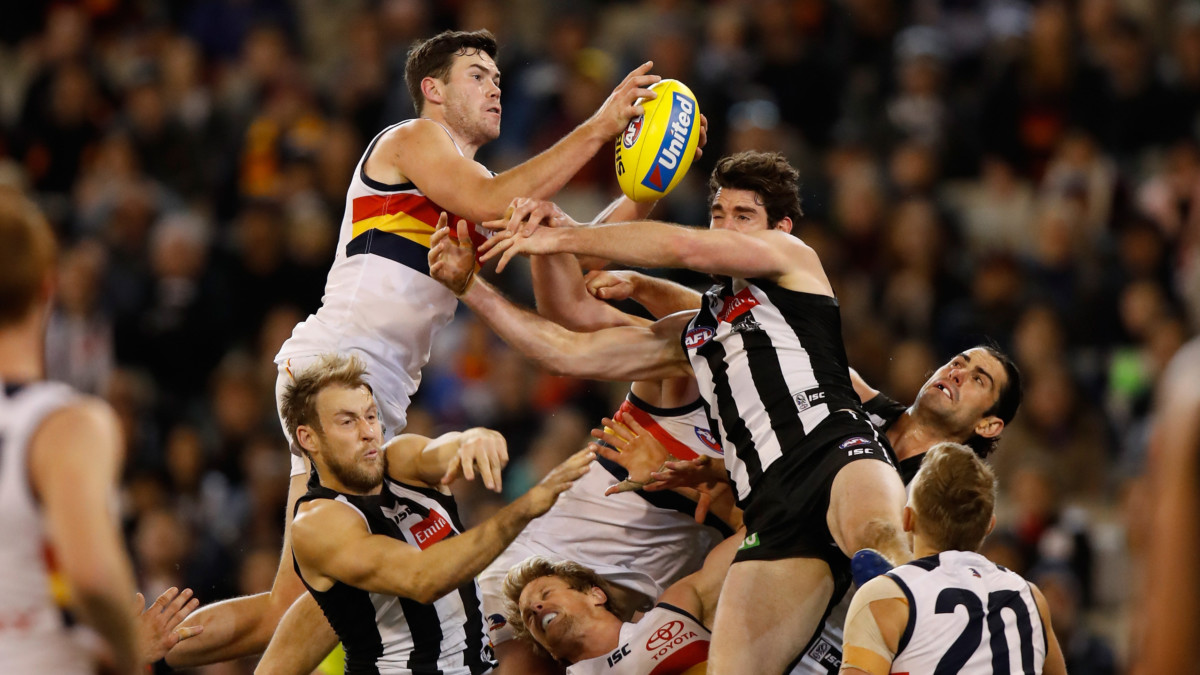 What is Australian Football?

What is Australian Football?

It’s easier to know what Australian Football is by knowing first what it is not.

The team must get the ball to their end of the ground and score without turning the ball over to the opponent. A player can run with the ball or he can also pass it to other players.

To pass the ball, a player has to drop it from his hands and kick it, or handball (punch) the ball with one hand while it is sitting in another hand.

The player who does not have the ball must make the player dispose of the ball. He can do this by tackling him (grabbing him) or by bumping him (running into him shoulder first).

As soon as a player is tackled, he must get rid of the ball – either by kicking or handballing.

Catching the ball from a kick is called a ‘mark‘, and the player is awarded a free kick – that is, the opponent cannot tackle him.

Catching the ball from a handball is not a free kick.

The main way to score is to kick the ball between the 2 largest posts. This is called a goal and is worth 6 points.

Kicking the ball between a big and small post is worth 1 point. If the ball hits a post it is also worth one point.

The ball can bounce through the large posts for a goal.

If it is touched by an opponent after leaving the foot of a player, it is worth 1 point.